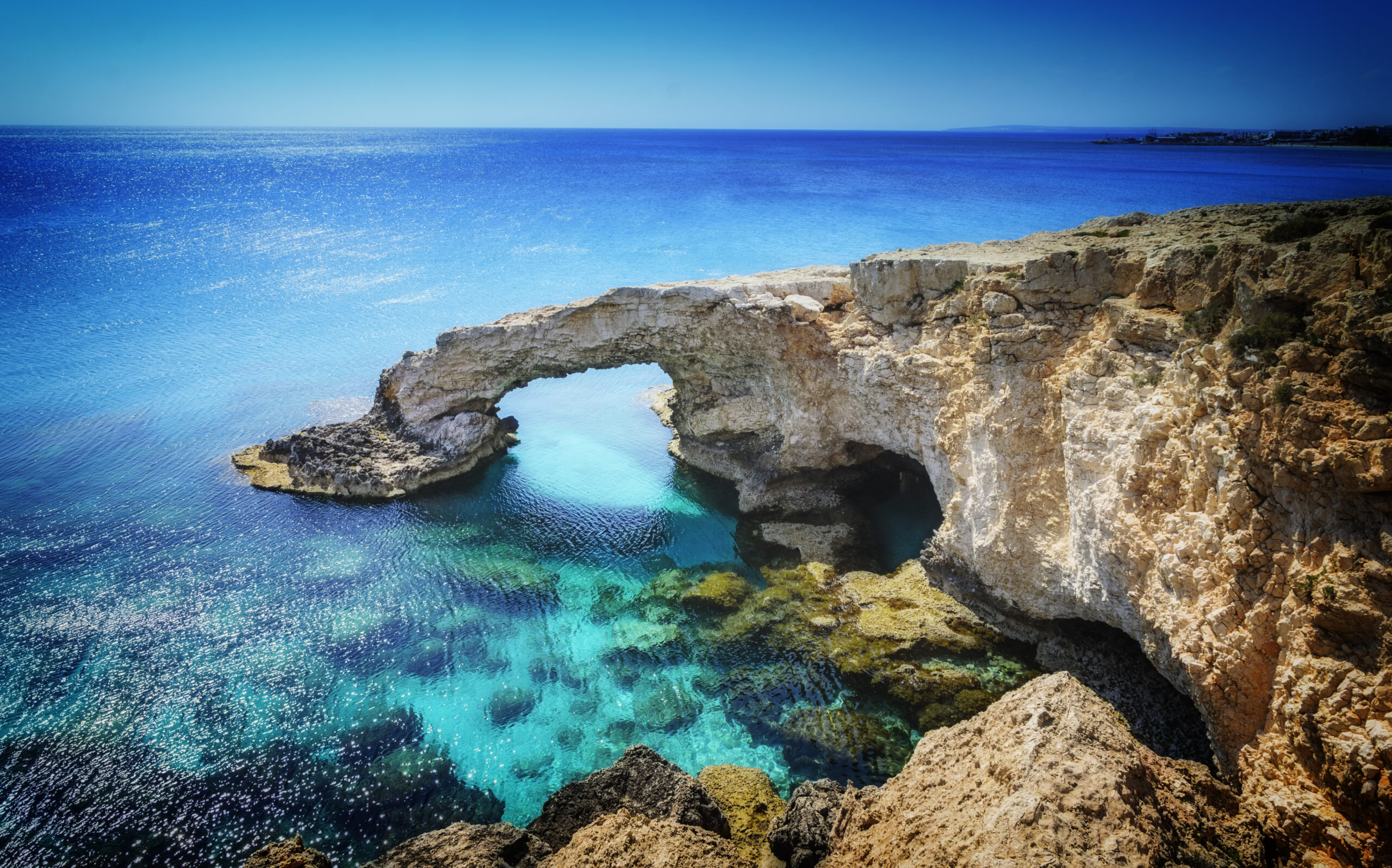 A citizen of both Great Britain and the United States of America, I hail from the Isle of Wight, four miles off the south coast of England, and have since lived in Wales (part of Great Britain), Cyprus (in the eastern mediterranean), California, Pennsylvania and Tennessee. I graduated with a Bachelor of Arts (Honors) in Music from the Royal Welsh College of Music and Drama and married a fellow graduate. After obtaining my Post Graduate Certificate of Education from Trinity College Carmarthen, I taught music in Wales for a year, then my husband and I moved to Kent, where I taught primary school education in a small historic village school. After five years and my first divorce, I spent a couple of adventurous years teaching and living in Cyprus before finding my way to America with my second husband. After fifteen years and another divorce, I settled in Nashville, Tennessee with my two teenage sons, two dogs and two cats. When asked where my favorite place is in the entire world, I’ll declare that part of myself stayed forever in Cyprus, but that I’ve grown to love the relaxed vibrancy of life in Nashville, AKA Music City.

Having a complex dissociate disorder, I write from an unusual perspective – or perhaps I should use the plural word: perspectives, as there are several unique parts of myself. Some people refer to these as their alters. I call them my insiders. In an effort to share my experiences with dissociation, I’ve written a novel based on my life and those of my insiders. My hope is that my words will help de-stigmatize mental disorders, while shining a spotlight on dissociative disorders in a productive and healthy way. Having a mental health disorder is hard work. It’s even harder when in order to work and lead a productive life, a sufferer has to hide their difficulties from the world. Fortunately, having a dissociative disorder makes me a pro at hiding behind a facade of normalcy. In addition to writing, I’m passionate about education and advocacy for students and adults with mental health troubles. I teach students with learning differences in Nashville, where my hope is that I can support future generations while they learn about and come to terms with their learning differences.

An Important Note About Dissociation

Dissociative experiences are common and are not necessarily symptomatic of having a dissociative disorder. An often-cited example of normal dissociation involves driving a car and arriving at a destination without memory of traveling along the route.

However, dissociation can also be symptomatic of a dissociative disorder. If you believe that dissociation is happening because you’ve had an extremely troubling experience or you have a mental health disorder, you may need to seek professional help.

Dissociation is a psychological process often found in people seeking mental health treatment and if you have any concerns, I highly recommend contacting a skilled therapist. Note that clinicians require skillful clinical approaches to help build confidence in a person’s ability to tolerate their feelings, learn, and grow as a person. Not all therapists have the training and experience required.

If you would like to find a therapist with specialist training in dissociative disorders, the International Society for the Study of Trauma and Dissociation (ISSTD) can help you locate one:

We all have different parts of ourselves – daughter, mother, worker, cook, athlete – and we use these parts to provide a rich source of literary inspiration. Communicating with parts of ourselves is normal and enriching, but can be challenging too. Writing with a dissociative disorder further complicates the experience, bringing both positive and negative influences over which words make the page.

The positive: sometimes I wake my computer to find a chunk of writing I have no memory or knowledge of typing. These segments typically employ a voice very different from the one I use. Sometimes this is exciting – particularly when the segments are well-written and usable. Sometimes less so. I’ve found segments so fragmented and confusing that I’ve deleted them, or found paragraphs that mention a memory I don’t know to be true.

The negative: it’s not uncommon for me to wake my computer intending to work on something I’m excited about, only to find my prior work deleted and gone. If I’m lucky, I can retrieve it from my trash can and double-saved, or emailed to myself or to my therapist for safe-keeping.

After several months of playing tug-of-war with my story, I employed an editor/coach to help me find a way to structure myself and my work. Margaret Kingsbury has been my editor, coach, friend and ear throughout the process. This project could never have been accomplished without her support and guidance.

Background Information About the Novel

The novel Learning to Fly in Cyprus begins prior to Maria – the protagonist’s diagnosis, during a time when she believed her experiences to be no different to anybody else’s. Maria had no knowledge of dissociative disorders and no expectation that her ability to compensate would begin to unravel. Sure, she knew there was an inside world, but both she and I grew up knowing that nobody talked about it. She certainly didn’t, nor I, talked about the people who lived within her head, or about the voices we both heard and the conversations we had. Had either of us known the extent of our dissociative inside worlds, we may not have taken flying lessons. Note that this is an autobiographical novel and that while our personal experiences are written as accurately as possible, the characters and storyline differ. I took this approach for several reasons, but mostly to offer myself some distance. One of the issues with dissociation is that when getting too close to the pain of reality, people tend to escape by employing what they used as a child – dissociation.

Flying with a Dissociative Disorder

The first question a reader might ask after reading Learning to Fly in Cyprus is: how did the author fly while switching between parts of herself?

Her answer is that she didn’t know she had a dissociative disorder. The author thought she had extreme mood swings, with one mood bringing a sense of confidence and an intense love for the skies, and another mood bringing a conflicting sense of anxiety and a near-crippling terror of the air beneath the plane and the ground. That she could fluctuate so quickly and while airborne didn’t strike her as unusual or concerning.

Further questions might involve questioning the safety, legality and wiseness of flying with a dissociative disorder. Her answers are:

She was thirty when she started flying and by then, the author had learned to compensate for the internal switching she experienced. Since learning about my dissociation, she has not flown. Even while she remains confident she could fly, S.M. Scaife hasn’t wanted to take the risk. She’s currently working on stability with her therapist and hopes a day will come when she feels more integrated and in control of her parts.

The legality of flying with any mental health disorder is questionable. There are certain medications that are disallowed by aviation authorities. Passing a flight physical examination would be extremely difficult.

Whether flying with a dissociative disorder is wise would depend on the extent of a pilot’s dissociation and level of stability. To be diagnosed with a dissociative disorder, a person needs their dissociative experiences to cause distress. If this distress is evident, it’s the author’s opinion that the person doesn’t need to be taking an airplane into the skies. This may change once a person reaches a level of integration and stability, though she would recommend any pilot, or pilot-in-training, to talk to an expert.

How I came to Live and Work in Cyprus

I was sipping tea in a fancy cafe not long after the failure of my first marriage when an advert seeking a deputy headteacher for a school on Royal Air Force Akrotiri, Cyprus, caught my eye. I jumped up from my seat and ran home to write and submit my application. After making it through the first round of interviews in London, I flew with two other candidates to Cyprus, and after a week-long series of trials and interviews in Cyprus, the head of Cyprus schools offered me the job. I dropped my sandwich and accepted.

Where are the British Armed Forces in Cyprus?

Cyprus is situated in the saltiest part of the Mediterranean Sea, near the eastern countries of Syria, Lebanon and Israel. Greece lies to its west, Turkey to its north, and Egypt to its south. Cyprus’ location has made it a political hotspot throughout history, which explains why the British armed forces have maintained several bases on the island.

To find out more about S.M. Scaife, order a book, or ask questions about the author, please fill out the form below.